If they swarm again, there will be no bees left in that original hive. While we were well-prepared for the previous swarms, this one was completely unexpected. 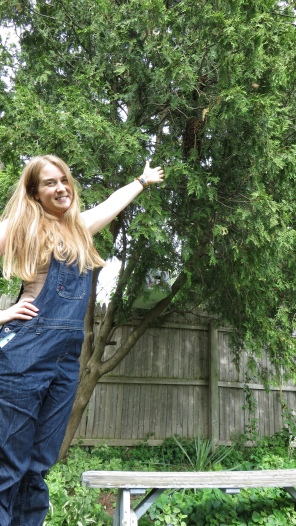 Before bees swarm, they gorge a lot of the honey to hold over their appetite while seeking a new home. The hive that all of the swarms came from is now practically empty. The supers can be knocked over by poking it with your index finger. 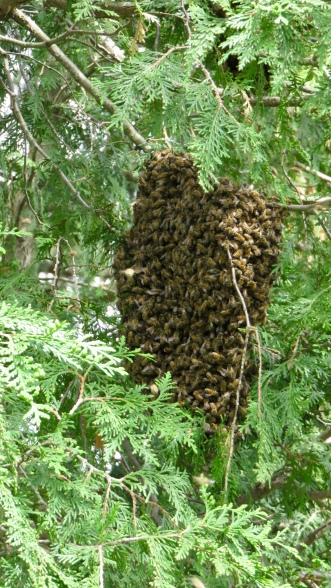 In comparison to our previous swarms, this one was a lot smaller. So what is their deal? Why are they doing this? Over the last month, our weather has been all over the place. On days where it was too cold, rainy, or windy, the bees stayed inside their hive. They had nothing better to do than eat and make babies. The hive became quickly overpopulated, so they had to leave. Their mind was made up, and they began the process of creating new queens. The “old” queen went on a diet (so that she could fly again), the workers gorged themselves, and planned to leave as soon as they could.

When a new queen emerges, she is supposed to kill the other queen cells. Well, she didn’t do that, hence the surprise swarm.

This one was a very easy capture. A couple tiny branches needed to be trimmed, and the bees went right into this nuc box.

These girls are hopefully going to a new home with another beekeeper.

Interesting fact: After all of this, we smooshed most of the queen cells that remained in the original hive. Girl, bye.